Today Junior and Senior Infants embarked on an exciting Bear Hunt! They have been reading the Bear Hunt book in class and were very excited to discover that they would be doing one of their very own. They had to follow the clues from their classroom which eventually led them to the Lacken Community Centre (the Old School) and there they found a hidden bear. To celebrate the find, they played games which included a very competitive game of Musical Statues which ended in a draw!

1st & 2nd class and 3rd & 4th class went on their hike today accompanied once again by Brian Keogh and co. The groups left at staggered times and although they weren’t as lucky with the weather as 5th & 6th class were yesterday, they still had a great time and thoroughly enjoyed their hike, exploring the local area.

The Active School Committee acted as Playground Leaders again today using video recordings to show the other classes how to play the Four Corners Game. The tunes were pumping at break time and the competition was fierce as the children embraced this new game. The children now have three new yard games that they can play at break-times, adding variety and increasing activity levels for all.

Yesterday’s challenges proved very successful with many children uploading videos showing themselves making great efforts for their Active Homework. Today saw our second Teacher Challenge which was set by Ms. Kelly who showed us her skipping moves!  We also had a challenge set by Lacken/Kilbride coach Donal Gahan where the children were challenged do as many hand passes as they could in under a minute. Good luck to all! 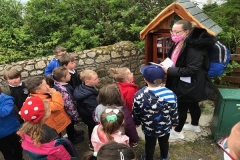 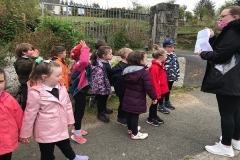 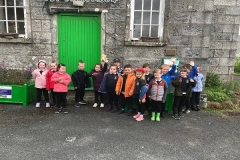 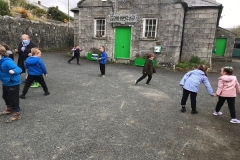 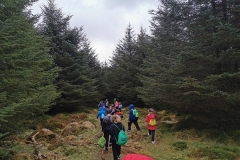 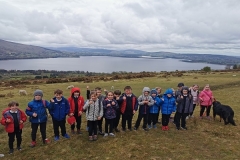 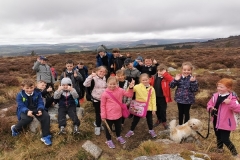 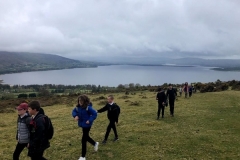 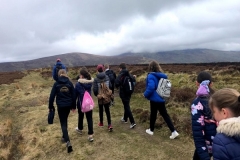 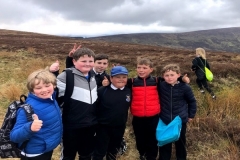 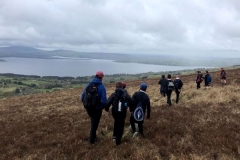 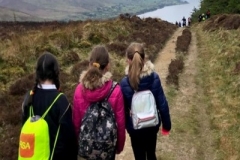 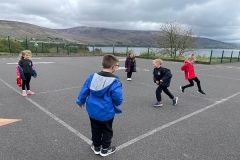 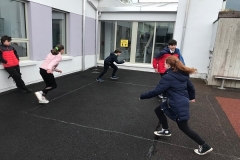 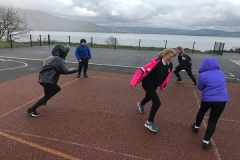 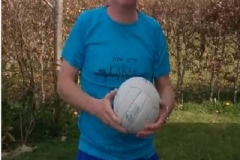 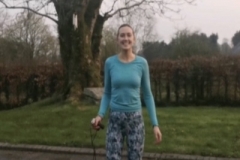 This entry was posted in Active_School. Bookmark the permalink.